Since 1994, Delhi’s iconic music club Friends of Music has sought to create a thriving language of live music. Carrying forward the joyous tradition of celebrating and enjoying music with friends and family in a warm and informal setting, Friends of Music produces bespoke musical experiences for music aficionados.

Friends of Music or FoM is also a platform to showcase young and upcoming musicians. Selecting only the best from the Indian classical, jazz, blues, Sufi, and soul groups in India, FoM has, over the decades, transformed into a veritable springboard for the best talent around. 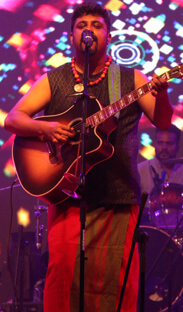 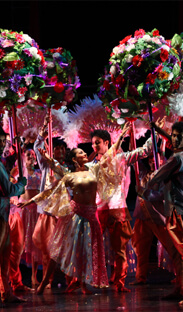 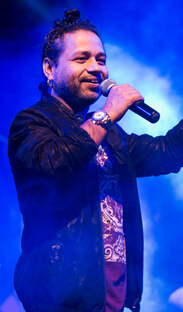 Under The Banyan Tree

Under The Banyan Tree on a Full Moon Night is a special concert series that forefronts rich and diverse Indian music through an eclectic mix of artistes from across the country, celebrating sounds that are dynamic, evolving and connected with global musical influences yet Indian at their core.

The series highlights with other elements that add to the experience of memorable musical soirées – an unparalleled space, the company of a select community of music-lovers, a diverse range of interesting food and shopping - all under the magical allure of a full moon.

The series has presented a range of Indian music in a traditional baithak-style ambience for connoisseurs and artistes to come together and celebrate the magic of music. However, as it comes back for a new and reinvented innings this September, it embraces wholeheartedly music in all its rich diversity – music liberates, uplifts, inspires and knows no boundaries.

Teamwork Arts is a highly versatile production company with roots in the performing arts, social action and the corporate world. For over 30 years, Teamwork Arts has taken India to the world and brought the world to India, presenting the finest of Indian performers, writers, change-makers and visual artistes in the knowledge and arts space in India and abroad.

Every year, we produce over 33 festivals in 42 cities and 17 countries in the fields of performing & visual arts and literature; our venues include Australia, Canada, Egypt, France, Germany, Hong Kong, Italy, Singapore, South Africa, Spain, Turkey, the UK and USA as well as many eclectic festivals across India. We produce the world's largest literary gathering: the annual Jaipur Literature Festival; JLF international now travels to the US, UK, Canada, Australia, Qatar and the Maldives and soon in Europe.

Even amidst the upheaval and unsettling times of 2020, Teamwork Arts successfully launched the digital series, JLF Brave New World and WORDS ARE BRIDGES, which were viewed by over 4.8 million people in their first season. Through its digital avatar, the Jaipur Literature Festival reached over 19 million viewers in January 2021 and brought together the world’s leading commentators and writers. The digital series Be Inspired was launched in 2021 – a series that crystal gazes into the future with conversations on science, technology, innovation, environment and more.